With record cold temperatures hitting parts of the country, frozen water pipes are a very real concern. In best case scenarios, a frozen pipe is just a short-term inconvenience that will fix itself when the water thaws. The problem compounds, though, if the water is in a supply line. This is because water expands when frozen, which can put stress on the pipe and cause it to burst. Worse, you may not even be aware that the pipe has burst until the line thaws and the water begins leaking out en masse. The following guide can help you get through this disaster with as little damage as possible.

Step 1: Shut off the water

First and foremost, if you notice that a faucet has frozen, turn off the water supply to that faucet. This way there won't be a major leak when the pipe does thaw, since there is no water being delivered into the lines. If you don't notice that the pipe froze until it is too late and it has already burst, then speed is of the essence. The sooner you can shut off the water supply, the less flood damage you have to worry about.

In bathrooms, the water supply is often below the sink or beneath the toilet. Kitchen supply valves are typically under the sink, while main supply valves can be located in the basement, in a utility room, or outside the house in a ground-based utility box.

It may be too late to stop the leak, but you can still minimize the damage. Naturally, you will start by grabbing a bucket to catch as much of the leaking water as possible. If the leak occurred inside a cabinet, such as under the sink, then leave the doors open and position a fan so you can dry out the space as quickly as possible. Not only will this help avoid damage like warped wood, it will prevent mold growth.

For upstairs leaks, check the ceiling of the floor below for damage. You may need to position fans to dry out the ceiling. If there is water collected in the ceiling, drill a small hole to allow it to drain out as you dry. It's much easier to patch a hole as opposed to replacing all of the ceiling drywall. If the pipe breaks in a wall, cut the circuit breaker into that room before trying to clean the mess. Water can get into the wiring and create an electrical hazard.

Finally, call a plumber. While you may be able to replace a small section of exposed pipe, often burst pipes occur deep in the wall so you need someone with the skills to locate and repair the leak without causing further damage to your home. Also, a freeze-induced burst pipe means there may be more damage to your plumbing pipes than just a single leak, so you need a plumber to do a full inspection. Contact a local plumbing service so you can get your home back to normal as soon as possible. 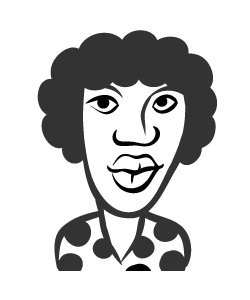 When we moved into our little house a few years ago, I didn't think there was anything we could do with the yard. It was unsightly, overgrown, and incredibly unattractive, but I was determined to make it a beautiful space. I started focusing on one area at a time, and within a few months, things really started to turn around. Before we knew it, the yard was gorgeous and the neighbors were asking for our secrets. I wanted to create a blog all about creating a luxurious yard and garden so that you can enjoy an outdoor paradise of your very own.

A Quick Look At Installing A New Entry Door
13 May 2022
If your home needs a new entry door, you can buy one yourself at a home improvement store and hire an entry door installation contractor to hang the d …

4 Reasons To Hire A Residential Tree Care Company To Trim Branches
3 March 2022
Taking care of the trees in your yard is important for their longevity and for the beauty of your property. You'll probably need to hire a residential …

A New Stand-Up Freezer Could Be Perfect For Budding Gourmet Cooks
8 December 2021
Homeowners could become comfortable with any sized freezer until they discover a new hobby: gourmet cooking. Enthusiasts may find themselves investing …